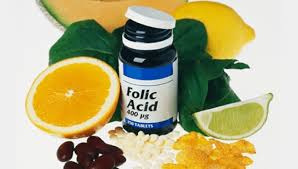 Doctors generally recommend that women take folic acid supplements if they plan to become pregnant - because the B-vitamin reduces the risk of life-threatening birth defects in their newborn. The March of Dimes, a private U.S. group that promotes maternal and child health, goes one step further. It urges that all women of childbearing age take these supplements, even if they are not planning a pregnancy. A new study finds that folic acid supplements may also reduce the risk of a brain development disorder known as autism.

Green, leafy vegetables, fruits and nuts naturally contain folate, a B vitamin that helps the body make healthy new cells. Most pre-natal vitamins include folic acid because it protects against defects in the formation of the neural tube, the precursor to the central nervous system.

Dr. Pal Suren is with the Norwegian Institute of Public Health:

“The neural tube is the origin of the human brain in the fetus and closes very early in development, and the neural tube defect is when this tube doesn’t close properly," said Suren..

Neural tube defects include spina bifida, a defect of the spine, as well as some brain defects. Since taking folic acid supplements before or right after becoming pregnant prevents these defects, Dr. Suren and his colleagues wanted to find out if the supplements could also prevent autism. They asked thousands of pregnant women to record all dietary supplements they took. After the children were born, the researchers reviewed the rate of autism.

“We went back to the data we had from early pregnancy and compared those mothers who had taken folic acid to those who hadn’t taken any folic acid," he said.They found that the women who took folic acid supplements in early pregnancy had a 40 percent reduction in the risk of having a child with autism. But for those who started taking it in mid-pregnancy, there was no reduced risk. Dr. Ezra Susser of Columbia University was one of the co-authors.

“There’s a sensitive period in which folic acid supplements need to be taken in order to reduce the risk of autism," said Susser. "The period begins before pregnancy and continues approximately two months after pregnancy.”

A recent survey conducted by the March of Dimes found that less than 30 percent of American women are aware that folic acid helps to prevent birth defects.

The March of Dimes' Dr. Ed McCabe says this is the result of two problems.

"Many pregnancies are unplanned, so women aren't thinking they are going to become pregnant, and therefore [that] they need to be on folic acid," said McCabe. "And then a lot of women don't know the importance of folic acid when they are becoming pregnant."

The March of Dimes hopes the new research will raise public awareness of the critical role folic acid plays in protecting babies' developing brains. The study was published in The Journal of the American Medical Association.